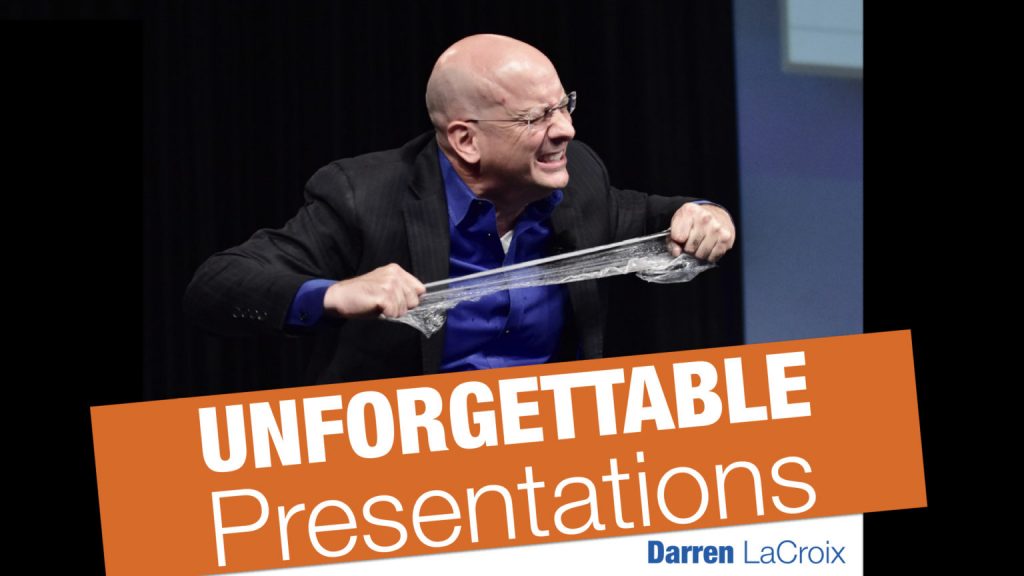 Do you want to deliver a good presentation? (Pause)

Or an Unforgettable Presentation? (Pause)

The process is different for each.

If you truly want you and your message to be UNFORGETTABLE, wouldn’t it make sense to learn from a coach who knows how?

Trying to be unforgettable without advice from an expert is like trying to assemble a new desk from Ikea without the directions and wondering why you have leftover 3 screws, 2 washers and a bracket!

In 2001 Darren LaCroix was tired of being average on the platform. He entered the speech contest against 35,000 contestants from 14 countries to take his skills to a level. His coach, World Champion Mark Brown, showed him what he had not known after being a presenter for seven years. Mark’s insights were essential to being unforgettable against some of the best speakers in the world. People still talk about Darren’s winning speech two decades later.

Do you have an Unforgettable coach? Join us and sit in the front row to be a sponge from Darren LaCroix.

You can also listen to Darren’s podcasts about making your speeches unforgettable here.