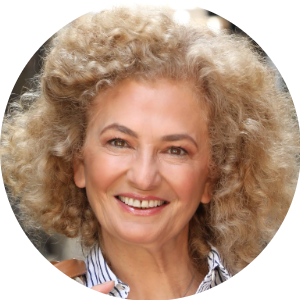 Guler joined Toastmasters club The Speakers Of Croydon in October 2016 and immediately served as Assistant Sergeant at Arms. This was followed by her serving as VPE to the club in 2017 and Treasurer in 2019. Guler’s positive nature and her can-do attitude subsequently led her to serve as the Assistant of Division Director(s) H and also, in the 2nd year running, she is holding the role in District 91 as Audit Chair.

It is Guler’s love for people and project management that inspired her to help and organise the D91 Conference 2020 as Logistics Director and to return this year, to create another world-class event, as the District 91 online Conference Director. It was summer 2020 that the District nearly lost Guler to D71 due to her move to North Yorkshire, but with clubs only meeting online, Guler renewed her membership for another year with D91 and took on a dual membership with Purley Speakers in 2021.

Guler’s life outside Toastmasters is all about family, friends, and how not to turn a city-girl into a country woman’. The latter is a passage in the making of her new book, The Smile Clinic. 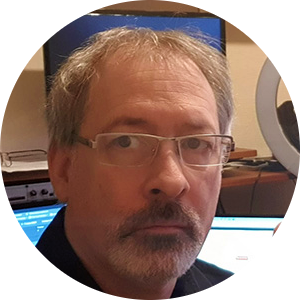 John Drinkwater is in his third year of Toastmasters. He has served as Sergeant At Arms, VPPR and Club President. John is currently Assistant Division D Director and has been appointed as Technology Director for the D91 Online Conference, for the second year running.

Last year’s performance won him the 2019-20 District Toastmaster of the Year Award.

John, AKA Lord Zoom is known for his knowledge and experience innovating on Zoom, which he shares via webinars, training courses and videos. We are invited to join him at Epsom Speakers.

John is a strong advocate of Toastmasters. He links a 300% increase in his business over 2 years to the improvement in his content delivery from learning, practice and evaluation at Toastmasters. 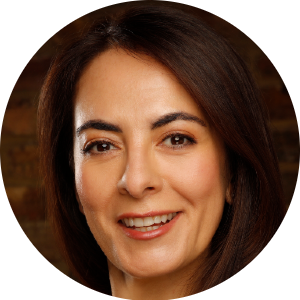 Sonia joined Toastmasters at London Cardinals in 2013. Over the years, she served as VPM, VPE and President. She also served as Pathways Ambassador after a short stint in California during the Pathways pilot. She is currently a member of Excalibur Speakers in London.

Sonia has always had a thing for the stage, through music and dance. Toastmasters has taken that vocation to new highs, with learnings along the way in every aspect of public speaking and communication. Sonia was the MC at the online D91 Conference 2020, and returns this year as Entertainment Director with a team of MCs.

Outside Toastmasters, Sonia’s career spans over 20 years, focusing on software for pharma and healthcare. She has a passion for helping patients get the right medicines, quickly and safely. Sonia also has a passion for living life to the max. She can’t wait to go back to hiking up snowy high mountains, meeting people face to face and enjoying all that London has to offer! 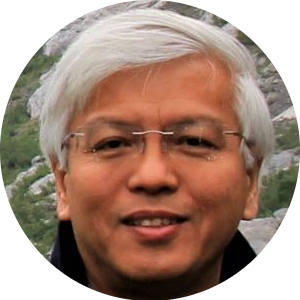 Eddy Quah started his Toastmasters journey in early 2015. Since joining Surbiton Speakers as a Charter Member, he has taken an active role serving the club in various positions including Treasurer, VP Education, and Club President. Eddy is currently VP of Mentoring for his Club and is the D91 Conference Finance Director. He also serves in the District Audit Committee for 2020/21.

Eddy spent 3 decades of his IT and Finance career in Asia, Australasia, and later in the UK for an Oil & Gas major and subsequently at a Big-4 Accounting Firm. Toastmasters has inspired him to step out and devote his time to two business start-ups helping businesses with strategies on decarbonisation, sustainability & CSR, and mobilising others to adopt business practices that create a sustainable world for future generations.

As a certified Stress Management & Wellbeing coach, Eddy supports leaders to enhance their personal resiliency, achieve peak performance and rediscover their inner hearts to live a healthier and fuller life. He runs free online group meditation sessions in the UK and Asia to help attendees experience heart-felt feelings to revitalise their minds and body during these challenging times. 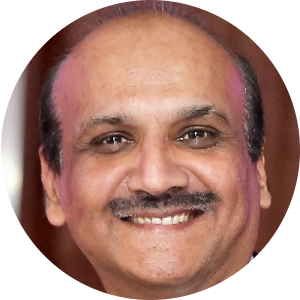 Shailen joined Toastmasters in 2019. His home club is HOD Harrow in London where he serves as VPE. Previously he served as Sergeant-At-Arms. He is constantly learning new things from club activities and is a Finance Director for D91 Online Conference 2021 event.

Outside of Toastmasters Shailen enjoyed several executive positions as Chartered Finance professional in private, public and international organisations and worked in different businesses (Shipping, Stevedoring/transit, United Nations, Fashion and garment manufacturing, Technology and PFIs). He is a keen believer in sustainability and is on the executive committee (communication) for sustainability in his current organisation.

Shailen enjoys meeting new people and hearing new perspectives. Since 2000, he is a Trustee and a Director of a charitable organisation practice of vendanta philosophy and is on the Trustee Board. It gives him an immense joy to serve the like-minded community and understand more about his inner being. Being a carer of his elderly parent, it gives him not only an utmost satisfaction of being helpful but also gave him understanding of his purpose. In Africa, he served as a school governor. 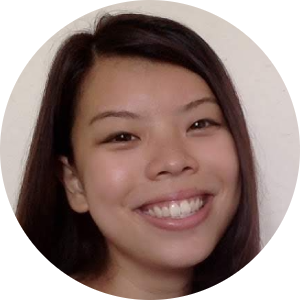 Maggie has been a member of Toastmasters North Oxford Speakers Club since Nov 2019. Within three months of joining Toastmasters, she took on the responsibilities of leading Marketing & Communications for the 2020 District 91 Online Conference – The largest Toastmasters event in Europe. She will continue her appointed role of Marketing Director for the second year running.

Outside of Toastmasters, Maggie has over 10 years of experience in Marketing, working with major brands like Tesco, NatWest, Greene King etc. Specialising in sustainability, innovation, and collaboration.

Naturally, Maggie stepped into the role of VPPR for her club over 2020/2021. She has since been applying her wealth of knowledge and expertise to help grow and scale her club to the next level. 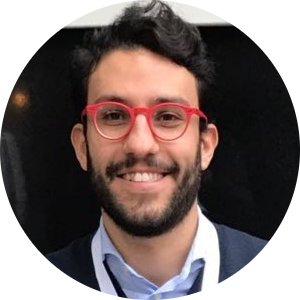 Fulvio joined Toastmasters at the beginning of 2018 to start practising public speaking in a second language (his mother tongue is Italian). Thanks to his fantastic club, London Toastmasters, he quickly flourished and became VPM the following year, and then VPE in 2020.

Fulvio joined the D91 Conference Team last year as a copywriter in the marketing team, and this year stepped up to be the PR Director.

At the same time, he also became President of his club. A great opportunity to learn, grow, and inspire all together!

Oh… And when he’s not involved in Toastmasters, Fulvio works as a Senior Strategist for an international advertising company, with previous experience as media trader and media consultant. 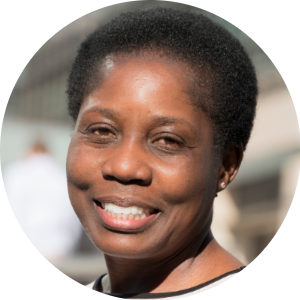 Rose joined Toastmasters in late 2017 and is a member of London Public Speakers and Excalibur Speakers.

She was the club member of the year at London Public Speakers (2019 – 2020), for taking part in a variety of Toastmaster activities including coordinating a Speechcraft programme to introduce Toastmasters to people that might never have heard of it.

She came third in the District 91 Club Ambassador programme (2019 – 2020), where members visit other clubs as guests, speakers, General Evaluators or other roles. For her travels, Rose won her club a princely sum which will not be disclosed here. For Rose, 2020 was a year of great opportunity to connect with other Toastmasters across the globe and experience the nuances of other clubs.

Rose discovered that in addition to the regular club meetings, there is growth in taking on other roles. She is currently Assistant Area Director (K3) and Administration/Finance Lead for Division K.
Rose is also serving as a club coach, supporting a Toastmasters club to rebuild its membership and vibrance. 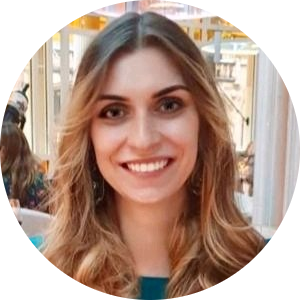 Valerija is the President of Moody’s London Toastmasters Club. She started her journey of public speaking in August 2019. In 2020 she won club and area table topic contests. Valerija works in Moody’s Analytics Events team. She is an experienced events specialist with in-depth B2B background having worked for start-up, venue and corporate environments.

Throughout the last 9 years Valerija has organised different types of events in the UK and internationally. Her responsibilities include exceptional client service, content development, recruitment of speakers, development of new events formats and management of suppliers. Sectors and clients include finance, education, urban innovation, technology, pharmaceutical and transportation.

Valerija has a first-class honours degree from a top UK university (University of Surrey). She speaks 4 languages and her interests include travelling and being active. 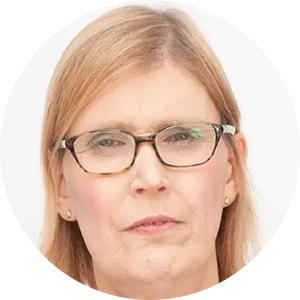 Diane joined Chiltern Speakers Toastmasters in May 2016 and found herself on the committee in July as VPPR, a role she held for two years before becoming Club President in 2018. Working with Adrian Lane and the committee, Chiltern reached 10 DCP points for the first time in the club’s 21 year history whilst directing the club’s adoption of Pathways and Easyspeak.

During 2019/20 she was Area J4 Director and became the Division Director for the new D Division in 2020. She also designed the new D91 website, Brand proposition and adverts with Susan Rayner in 2020. Diane is also a member of Thame Speakers in D91 and is Club Mentor and founder member of Pegasus Advanced Speakers in D71.

Outside of Toastmasters Diane is a Design Thinking and Brand Consultant. 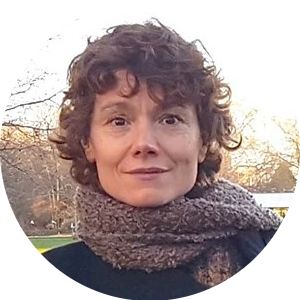 Annelise joined Toastmasters through the bilingual London club called Experience French Toastmasters in late 2013. She then quickly embarked on her Leadership journey with the roles of VP Education, Public Relations and Club President and has held all club committee roles. In 2017, she was instrumental in the launch of Beckenham Communicators, as a founding member, VP Membership, and Club Sponsor.

In 2020, she embraced moving online, and has enjoyed visiting clubs and Districts around the World and gained the D91 Gold Ambassador Award. In May, her home club Experience French became a “hybrid club” accepting its first online member. Annelise was also awarded by District 91 the “Exceptional Contribution Award for outstanding service in leading, building, and rebuilding clubs in the District”.

Annelise’s curiosity for a challenge led her to accept the role of Project Director in the D91 Conference Team. She has a background in Service Design and User Experience. She is always interested in learning and experimenting, and is currently looking for her next challenge.